The Logies are Australian television’s Night-of-Nights™, the event that relegates the football grand finals to merely the afternoon-of-afternoons and the actually-higher-rating The Voice, MKR and (once upon a time) MasterChef finals to evening-of-evenings.

So, let’s start from the very beginning:

First … the carpet of carpets. Quite frankly, there should be some awards handed out for the performances given on the red rug outside the casino.

Normally fought over by a variety of Brownlow Medal hosts, this year the Best On Carpet award went to international guest Ed Sheeran, who not only walked the red carpet in jeans and sneakers but then proceeded to talk to presenter Sonia Kruger about his cat’s bowel problems and the damage it’s doing to his carpet. Oh the irony! Seriously, who invited the ranga?

The Neon Logie for Self-Promotion

US singer Jason Derulo made a decent pitch as he used his red carpet interview to plug the four songs he was performing. But the award has to go to the annual winner, the Nine Network.

From the first interview on the red carpet with Jessica Marais from Love Child through to the interview with Kylie Minogue that swiftly segued into a plug for The Voice before she was interrupted with Jules Lund’s interview with different Love Child actresses (whose names he struggled with), it was all Nine for the first 10 minutes.

Other television networks may have walked the carpet, but they didn’t have the broadcast rights.

The White Logie for Honesty

Presented hands-down to Kate Ritchie who, when asked about her celebrity crush, answered simply: “Celebrities aren’t that interesting”. Sing it sister!

With the setting of the sun, the red carpet went dark after only (only?!) half an hour and Jason Derulo started singing, which the home audience could kind of make out through a not-so-great sound mix.

Derulo’s on-stage gyrations signalled the start of the ceremony proper and soon The Block’s Scott Cam delivered Hamish and Andy on a forklift. Because, you know, he’s the presenter of The Block.

Hamish and Andy turned on some pretty dusty humour as part of their campaign to be the best non-hosts on the night, a title they were denied due to network rivalry or possibly just because a Logies host is legally required to be awful. 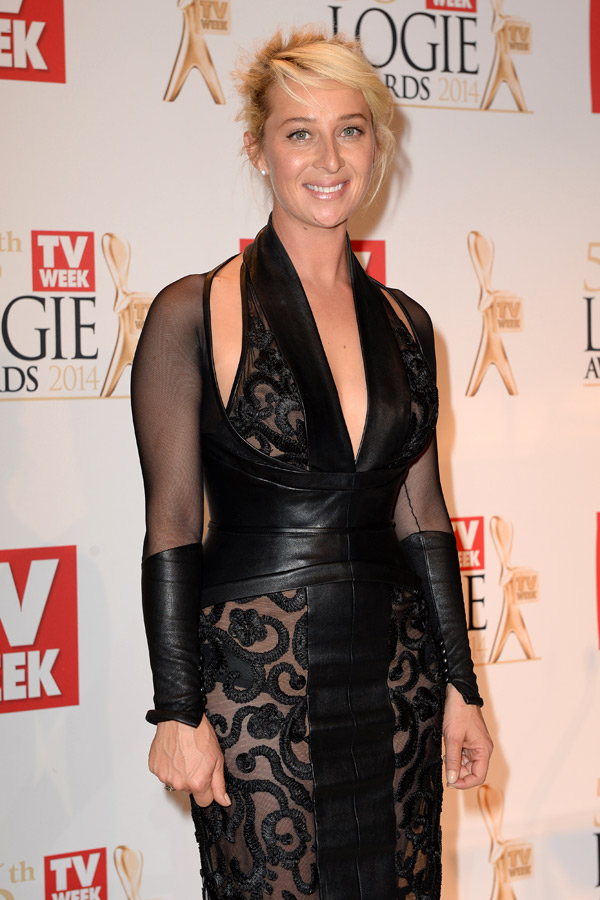 Marta Dusseldorp was ripped-off for the Silver Logie for Most Popular Actress, which went to Asher Keddie, who confused the term “acceptance speech” and “shopping list” as she name-checked all the people she’d ever met in order to ensure she wouldn’t have to buy another drink this year.

The winner of the Silver Logie for Most Popular Actor promised a more enjoyable display, and seemed popular in the room as he received a big cheer, but unfortunately Chris Lilley was off drinking soy frappucinos while promoting his new show Jonah in England, so couldn’t accept his award in person.

Kylie needed no introduction, so they provided one, and while sadly it seemed Bert Newton didn’t make an appearance at the Logies this year, his hair did – on Richard Wilkins’ head. Or at least it was huge on Twitter.

Karl Stefanovic gave the crowd “TMI” again, telling the audience Kylie Minogue was going to present the Gold Logie later, before showing off Amanda Keller’s cowboy boots, admitting that neither of them had seen any of the Most Popular Light Entertainment Program Logie nominees they were about to present and then quipping about “snorting No Doze” with the Home & Away kids in the bathroom.

The Logie eventually went to Hamish & Andy’s Gap Year Asia. The infuriated Seven Network publicists were surely waiting for Karl at his table.

Peter Harvey received an in memoriam induction to the Logies Hall of Fame, which ranges from his first Walkley at 19 years old to that immortal gravitas-filled sign-off “Canberra”.

Remy Hii rightly won the Graham Kennedy Award for Most Outstanding Newcomer for his performance in Better Man, but was shooting in Kazakhstan so couldn’t accept it in person, which means he also won the Logie for best reason for non-attendance.

It turned out that the secret to beating not one, but two, dramas about Kerry Packer at the Logies was to bring out the big guns, so the Emmy and Golden Globe-nominated international series Top Of The Lake rightly won the Outstanding Drama Series Logie. That also sadly ensured a lock out for A Place To Call Home, which probably deserved a little more recognition.

Ten got some good news, though, as Asher Keddie won the Outstanding Actress Logie and Lachy Hulme got revenge for being the guy who played Kerry Packer (who starred in no Logie-winning shows this year) by winning the Outstanding Actor Logie for playing his own father Frank (Packer). 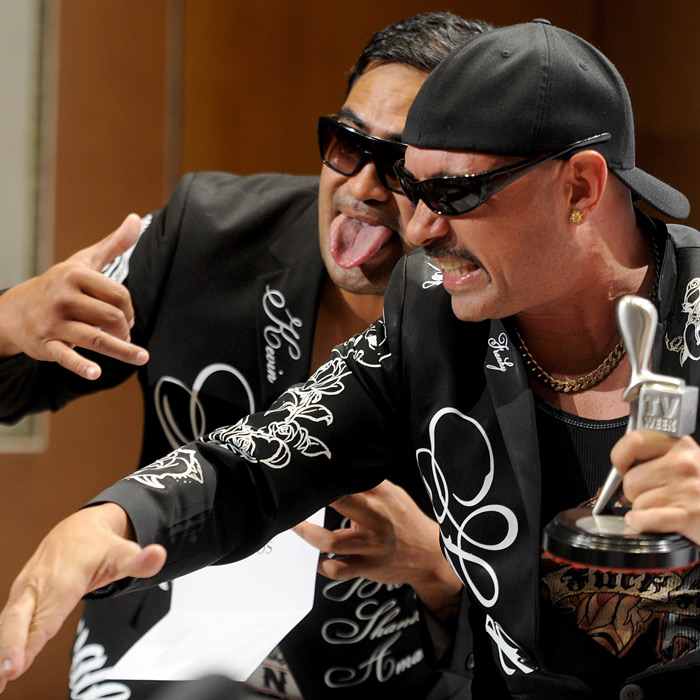 Then Housos received the Logie in the most poorly defined category. It beat the amazing comedies Please Like Me, Upper Middle Bogan and It’s a Date, as well as the extremely well-produced The Voice, to take out Outstanding Light Entertainment Program.

In their speech they were also incapable of explaining what the category means. Nor how My Kitchen Rules, Shaun Micallef’s Mad as Hell and the Most Popular Actor winner’s show, Ja’mie: Private School Girl, weren’t even nominated.

The final industry-voted award went to Redfern Now for Outstanding Drama Series which was possibly a little harsh to Wentworth, which (like A Place To Call Home) was ignored. However, the Redfern drama was a huge hit with audiences and critics alike.

Scott Cam took out the Gold Logie. Cam probably should have passed on the fifth beer he proudly told Hamish he’d drunk a moment before his win.

His speech had a certain RSL quality that made it feel like he may well have gotten a meat tray with the Logie he intends to convert to a stubbie opener.