“There’s so much dumbing down … people become numb to what a good artistic production is,” he told InDaily.

“It’s starting to wash away our appreciation of true culture. We have to work very hard to ensure what people see is excellent, to ensure that excellence is maintained.”

The State Opera will open its 2014 season next month with a co-production of Verdi’s La Traviata, which Sexton says heralds a year of exciting collaborations, initiatives and developments that will seek to engage new audiences and draw people back to the opera.

The changes to the company’s traditional format began last year with a series of pop-up opera experiences where tenors, baritones and sopranos sang in places such as restaurants and the Adelaide Central Market.

This month the company is endeavouring the get opera back into the mainstream with a “sound spot” in Adelaide Arcade where shoppers hear music from La Traviata.

Sexton says other initiatives being considered by the State Opera include “opera in an hour”, which will seek to address people’s decreased attention spans with traditional operas presented in a distilled form, and a “travelling opera”, where the audience follows the production around a number of venues, with different acts presented in each one.

“We need to look after our traditional base of supporters, but we also need to find new ways to present opera to keep it fresh and to keep it modern.”

Like many traditional arts companies in Australia and overseas, the State Opera has suffered a large drop in subscriptions, with Sexton estimating they have about halved in the past 15 to 20 years as audiences become more spontaneous about ticket purchases.

As well the growing competition from online and screen-based entertainment, he believes ticket sales are also affected by big events such as the Rolling Stones concert and the ever-growing numbers of events during “Mad March”.

“Mad March offers so much choice – too much choice in my opinion – which has a real dampening effect on other parts of the year.”

In times like this, collaborating with other arts organisations helps companies share the cost of large-scale productions and ensures they are seen by a wider audience. La Traviata is a three-way collaboration between State Opera SA, Brisbane’s OperaQ and the New Zealand Opera. Otello, another Verdi opera to be presented in Adelaide in October-November, is a co-production by six companies: State Opera SA, NZ Opera, Cape Town Opera (South Africa), West Australian Opera, Victorian Opera, OperaQ. 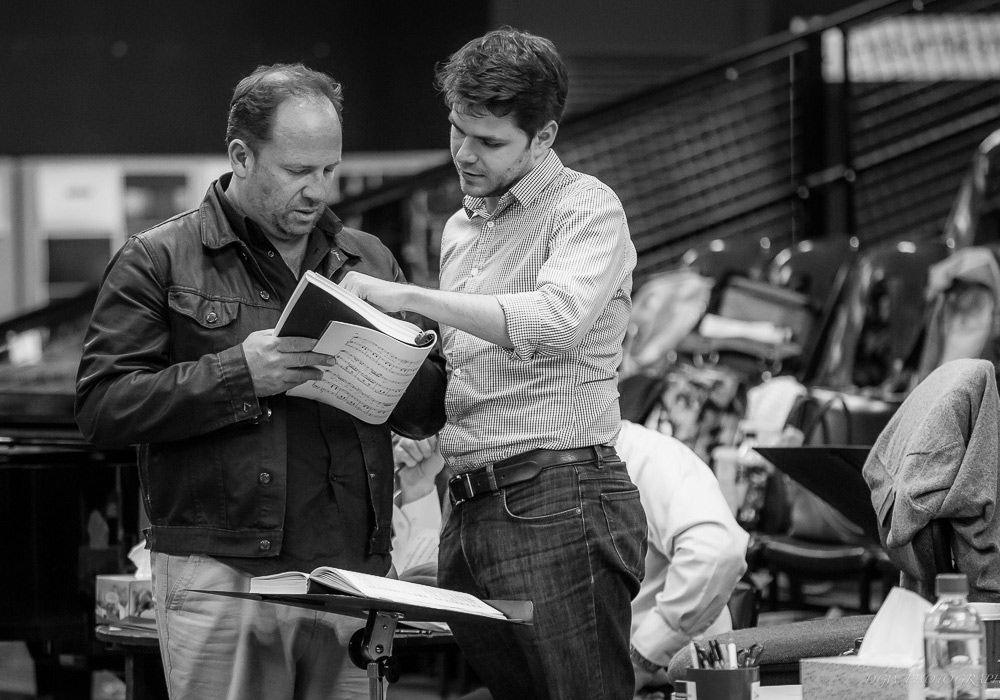 Sexton is excited that La Traviata, which he considers one of the top five operas, will have its premiere in Adelaide at the Festival Theatre on May 3.

“The music is beautiful and it’s just so really well written.

“From the beginning it draws you into it and doesn’t let it go. It’s such a perfect marriage of the music and the story that you don’t have any option but to become part of it.”

Described as “a timeless tale of scandal, honour, sacrifice and love”, the opera stars soprano Elvira Fatykhova as the doomed heroine Violetta, alongside Adelaide’s Aldo Di Toro (Alfredo) and Mario Bellanova (Giorgio). Young Hamburg-based conductor Nicholas Carter, who has previously been a guest conductor with the Adelaide Symphony Orchestra, will make his debut with the State Opera.

Sexton says director Kate Cherry and designer Christina Smith have worked to create a beautiful set which is timeless, yet captures the essence of 19th-century Paris. Costuming is traditional, but the set is highly mirrored.

“It’s a reflection on a very decadent and self-obsessed society – a little like our own at the moment,” Sexton says.

“It’s a very vibrant, bright world with lights and glamour but costumes that very much tell you what period we are dealing with.”

The State Opera’s second main-stage production of 2014 will be the Philip Glass Trilogy  – an ambitious, world-first staging of three of Glass’s operas (Akhnaten, Einstein on the Beach, and Satyagraha) in three complete cycles over three weeks at Her Majesty’s Theatre.