When you hear the word “collaborator”, do you think of partners working together or a traitorous informer colluding with an enemy?

That’s a question artists were encouraged to explore in the latest exhibition by Boxplot, an Adelaide-based art initiative fostering collaboration between South Australian and Filipino contemporary artists.

For Boxplot co-founder and exhibiting artist Mark Valenzuela and his Filipino partner artist Tristram Miravalles, the theme conjured thoughts about the influence of religion in Filipino politics and how the church collaborates with the state to preserve existing hierarchies and inequalities.

“It’s a really dominant concept in the Philippines,” Valenzuela says.

“It’s a big influence in our art scene and also in the lives of the people in the Philippines.” 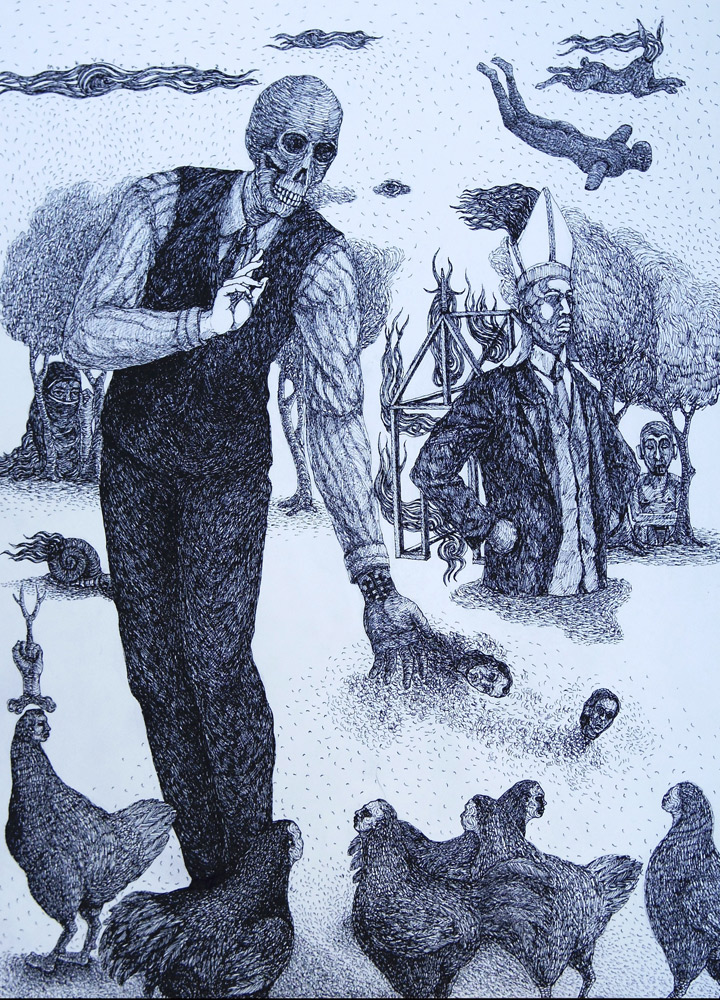 From Aparri to Jolo, Mark Valenzuela

From Aparri to Jolo, Valenzuela’s work in Boxplot’s Collaborator exhibition, is dominated by images of Christianity and the patriarchy. A corpse-like figure “displays his benevolence and feeds his hens from on high”, with other figures representing the competing cultural influences in the Philippines.

While Valenzuela is an interdisciplinary artist working with paint and ceramics (he’s a resident in the ceramic studio at The Jam Factory), the Collaborator exhibition focuses on paper and canvas media.

“Logistics is a big factor but we also thought about the artists we wanted to work with and some of them are illustrators, some of them are painters,” says Anna O’Loughlin, the other co-founder of Boxplot.

The exhibition opens on Thursday (April 24) in an industrial warehouse space in Bowden.

In addition to Filipino-born Valenzuela, five artists will show work: Aleksandra Antic and Glenn Kestell, from South Australia, and Rommel Joson, Anjo Bolarda and Tristram Miravalles, from the Philippines.  The artists were each matched with a partner with whom they shared ideas and the conceptual development of their work via email, Facebook and Skype.

“We thought the word collaborator has so many meanings, negative and positive, and it would be really interesting to use that as our concept, not only as the process,” says O’Loughlin. 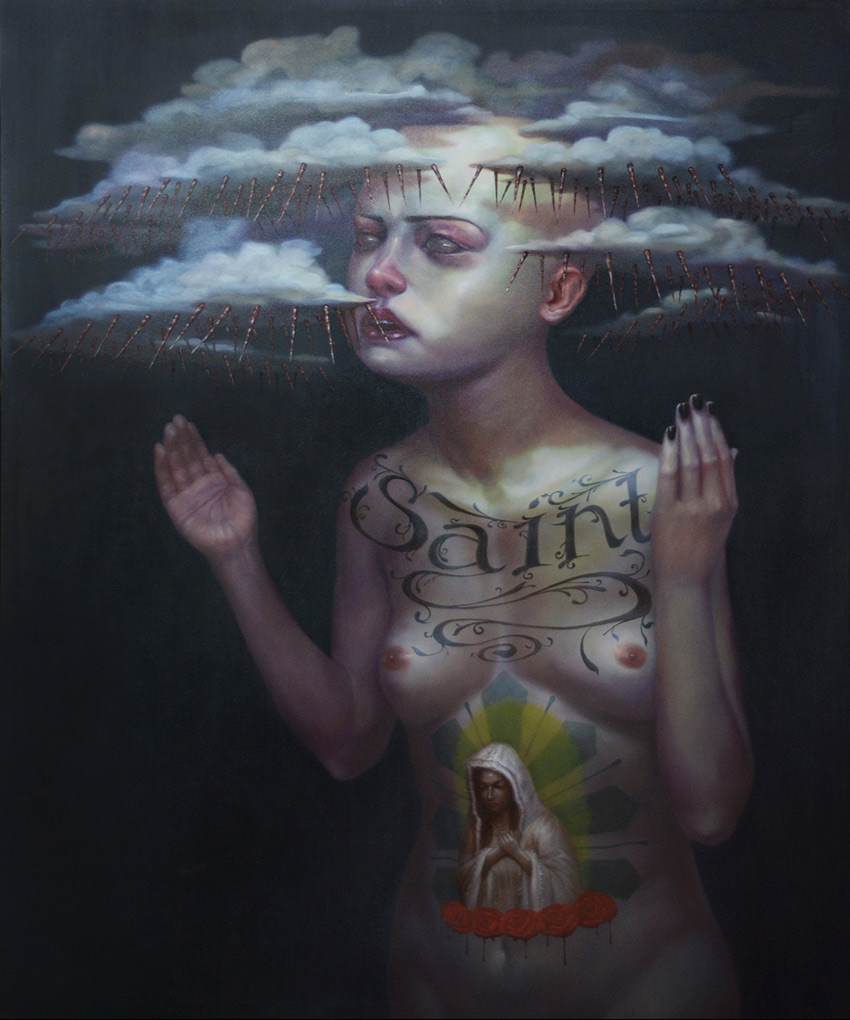 She met Valenzuela in 2008 while volunteering with an NGO in Dumaguete City in the Philippines after finishing a Masters in International and Community Development. When the couple moved back to Adelaide in 2011, they wanted to stay connected to art in the Philippines.

“It seemed like a good way for us to combine all of our interests and provide opportunities for artists in the Philippines and in South-East Asia, and for the South Australian artists it gives them an opportunity to broaden their networks,” O’Loughlin says.

“I think the art scene in Asia has really exploded in the past decade and there’s a lot of opportunities, a lot of excitement.”

Boxplot recently helped organise a group exhibition of South Australian and South-East Asian ceramic artists in a gallery in Manila.

In Adelaide, it is working with Renewal SA to show art in alternative spaces. Collaborator will be its second exhibition in a disused warehouse which was once a part of the Clipsal site.

“We really liked the thought of using these spaces that have been left or aren’t used and revitalising them and contributing to the community and engaging the local community,” O’Loughlin says.

Valenzuela likes the raw feeling of the warehouse.

“The last time we painted the walls and we left some of the bit and pieces – hooks and screws – so it would really look industrial,” he says.

Collaborator opens on April 24 at 22 Gibson Street, Bowden. The exhibition will be open from 1pm-6pm, Thursday-Sunday, including the ANZAC Day public holiday. More information can be found on the Boxplot website.