The clowns are in town – and so are the pharaohs of ancient Egypt. Other weekend entertainment picks include INDOfest, a celebration of motorsport, outdoor movies in Victoria Square, and the Adelaide Food and Wine Festival.

Back under the big top in Bonython Park until May 11, Silvers Circus promises two hours of “glamour and death-defying acts”, including “the Globe of Death” (motorbike riders speeding around a 3.5m-diametre metal globe), a high-wire act, clowns, hula hoops, bounce-ball juggling, an illusionist and football-playing  dogs.

The free family day that is the centrepiece of the annual INDOfest celebration of Indonesian art, culture, tourism and business is expected to draw thousands of people to Rymill Park this Sunday. The event, from 10.30am until 4pm, will feature food stalls selling a range of regional Indonesian food, live entertainment, a craft workshop, cooking demonstrations, music and dance workshops, and kids’ activities.

The Town Picnic scheduled for Saturday (April 12) in Rymill Park has been postponed due to the weather, but there are plenty of other activities and events on the final weekend of the Adelaide Food and Wine Festival. These include a cooking demo by Bistro Dom chef Duncan Welgemoed at the Willunga Farmers’ Market (10am, Saturday), a Coffee Crawl led by Bar 9’s Ian Callahan (10am, Saturday) and the Natural Wines and Wild Tastes event in the Adelaide Hills (11am, Sunday). The full program is online.

This whisky tasting at Bonython Hall (Adelaide University campus) is aimed at everyone from whisky novices right through to aficionados, with more than 100 tipples on offer. The touring event, which raises funds for prostrate cancer, is on from 6pm today (April 11) and 2pm on Saturday, with tickets and more information available here. Entry includes a crystal memento glass and gourmet buffet featuring produce from SA producers. 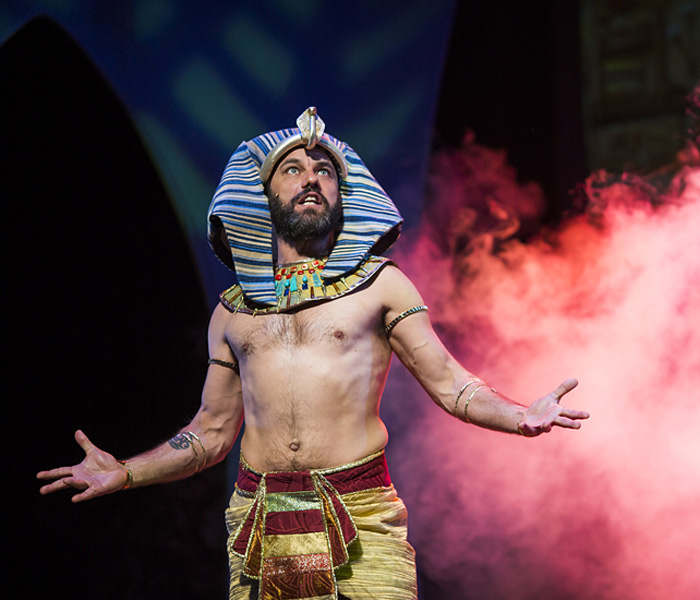 Are you ready to rumble with Ramesses the Great? Dare you enter through the Gates of the Afterlife? These are the questions asked by this live stage show inspired by the popular TV series of the same name. In performances at the Dunstan Playhouse from April 11-15, the Horrible Histories cast will perform colourful historical re-enactments incorporating the Pharaohs, pyramids, mummies and more.

Movies in the Square

This Splash Adelaide initiative is set to launch in Victoria Square today (Friday) with a screening of family flick The Muppets. The free outdoor cinema continues throughout the weekend with animated movie Despicable Me 2 showing on Saturday night and The Sapphires on Sunday. Films will start at sundown, but people are being encouraged to go along early to get a spot, with mobile food vendors also on site. Thursday night’s planned launch was cancelled due to the wet weather, so we suggest you check social media if it’s looking soggy later in the day.

Employed in 2009 as official war artist for the Australian War Memorial, Shaun Gladwell travelled through Afghanistan and the Middle East with the Australian Defence Force. This new exhibition, at the Samstag Museum of Art until July 18, features what he describes as “experimental portraits” focusing on the interaction of a human presence in a hostile and severe environment. The museum is also presenting Gladwell’s Field Recordings installation which reflects his experience in recording the reality of war (until May 16).

This two-day festival seeks to re-enact the motorsport competition of a bygone era, with a focus on grand prix cars from the 1930s to 1990s. It begins with a hill climb on Saturday at Belair (there will be spectator viewing from Windy Point Lookout) and continues on Sunday at Victoria park, where there will be sprints, a classic car display, grand parade, motorcycle demonstrations, live music, food vans, and a classic vehicle and memorabilia auction.

This weekend is your last chance to catch The Rocky Horror Show which is in Adelaide on a 40th anniversary Australian tour. Creator Richard O’Brien plays the narrator, with Craig McLachlan as Frank N Furter, and there’s the promise of fun, frolics and frivolity galore. It’s playing at the Festival Theatre until April 13. Read the InDaily review here. 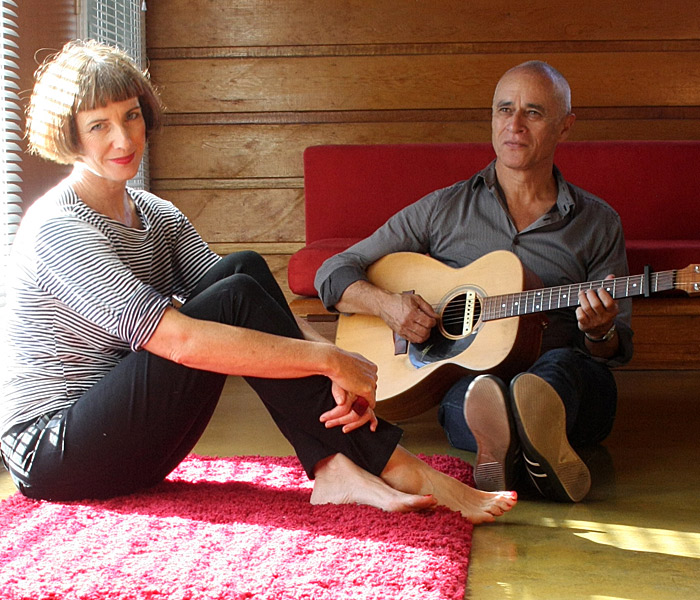 “Like a Hemmingway novel … full of romance and stories that contain truth, beauty and intrigue in equal measure” – that’s how Kate Ceberano describes The Baker Suite’s new album Your Dreaming Self.  The Adelaide band, whose style traverses folk, jazz, pop and country, at playing at the Wheatsheaf Hotel from 4.30pm on Sunday to launch the album, which is influenced by John Baker’s experiences in the central desert.

The Norwood-based Independent Theatre opens its 2014 season with a production of Bernard Shaw’s comedy Caesar and Cleopatra, about Julius Caesar’s attempts to educate Egypt’s 16-year-old queen in the politics of power.  The play is at Norwood’s Odeon Theatre until April 12. Read InDaily’s review here.

The Trumpet of the Sun

Norwood Symphony Orchestra is presenting the Australasian premiere of this work by Broadway composer Jason Robert Brown at the Norwood Concert Hall on Sunday. Described as a family-friendly concert and inspired by the novel of the same name, The Trumpet of the Sun was created for a symphony orchestra and six actors. It tells the story of a young swan born without a voice who learns to play the trumpet.

Classic cars, classic looks and classic fun – that’s what in store at the National Motor Museum’s Rock & Roll Rendezvous on Sunday (April 13). There will be entertainment for all ages, including a fashion competition for the most authentic look of the ’50s, ’60s and ’70s, and live music from the likes of The Foenander  Brothers and The Twilight Zone, who will perform a commemorative set to mark the 50th anniversary since the Beatles came to SA. Gates open at 10am.

Part of the 2014 Adelaide Biennial of Australian Art: Dark Heart, this exhibition by artist Caroline Rothwell opens today (Friday) at the Santos Museum of Economic Botany. It seeks to highlight the challenging and perilous relationship between humans and the environment, with Rothwell incorporating plant materials, car exhaust and military camouflage in her works. Urpflanze street plants continues until September 14, and you can read more about it here.

The Grand Budapest Hotel
Any Day Now
Noah
Half of a Yellow Sun
I, Frankenstein
Wadjda
Cuban Fury
Need for Speed
Non-Stop
Nebraska
Gloria
All is Lost