Evoletah’s latest album, We Ache For The Moon, is a master-class in conception, collaboration and coruscation.

The recording finds the Adelaide band in peak form, benefiting from a superb performance by Katie Underwood.  The songs are striking, incandescent, sometimes lofty, structurally adroit and terrifically performed with stellar vocals.

Matt Cahill and Underwood found their voices with The Violets and Bardot, respectively, and have developed their sounds over many years. Now, they’ve perfected their music and arguably delivered a masterpiece. 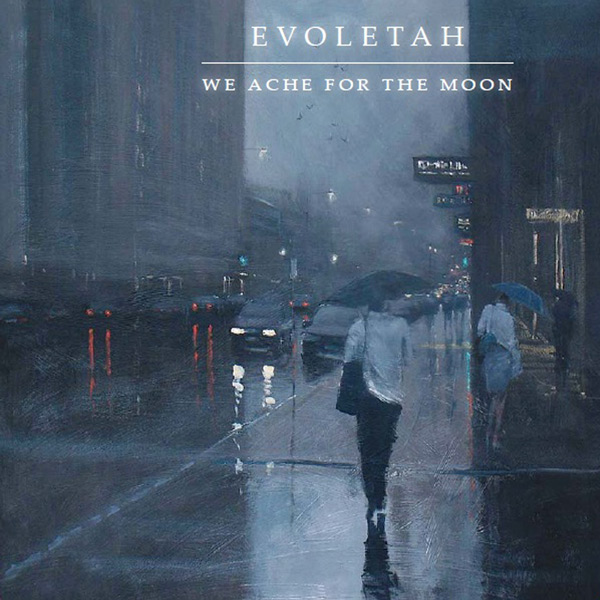 There’s no enveloping themes here, but the splendour of Brett Sody’s production and Andrew Boyce’s redolent narratives gives the album a strong cohesion that keeps enchanting throughout its nine tracks.  The result is a perfectly flowing anthology of folk-rock, jazz and indie which is, at times, as soothing as it is brilliant.

This is an album for anyone who likes listening to an album as a whole rather than individual songs; each track, although a mini symphony in itself, belongs to something bigger.  The songs may not be loud but they reverberate with haunting beauty, and both Underwood and Cahill’s voices soar majestically in dark, incensed, and subtly sexy ways.

You could spend a long time dismantling We Ache for the Moon and writing statements about how it resonates. Or you could simply call it one of the best albums of 2013.

Evoletah will perform music from We Ache for the Moon at a live performance at The Promethean in March 2014 as part of the Adelaide Fringe program.